This one probably won’t be as simple as The Flash and Kid Flash.

For what I think are obvious reasons, if you’ve seen the show.

The Boys themed workouts have been doing so well I just had to keep them going this week.

We also even saw Karl Urban, Chace Crawford and Jennifer Esposito’s workout and diets prior to the show airing, who star as Billy Butcher, The Deep and Agent Raynor!

Now it’s time to hit both sides of the fence again this week.

That means we have both A-Train and The Female [of the Species]!

We’re back to not-so-specific height and weights for The Boys characters.

But at least we have his celeb portrayal to help us a bit.

This is where I get to break down the “how” and “why” of the workout we’re going to build based on the characters, in this case A-Train’s, powers and/or abilities.

But first let’s start with a bit of a bio for A-Train:

A-Train is a super speedster who left Teenage Kix to join the super team the Seven after Homelander caused the death of Marathon when he failed to stop one of the planes from crashing during 9/11. A-Train first showed up after he caused the death of Wee Hughie’s girl friend. A-Train was chasing after a criminal and recklessly slammed the superpowered criminal into a wall, in front of which Hughies girlfriend was standing, crushing her. Her death prompted Wee Hughie to go to work for the CIA team the Boys. The Boys monitor super heroes like A-Train who abuse their powers and punish, or even kill them if needed.

You guys probably know about a different variation of this bio if you’ve seen Amazon’s hit series, but this does the trick for us to go off of.

Much different than Homelander and Queen Maeve, A-Train’s list of powers is much shorter:

Now that’s a short enough list that keeps it super simple to work with.

With his super speed it obviously comes with endurance as well, so we’ll be working on both.

Similar to Kid Flash’s workout (and we’ll be borrowing a section from it) we’ll work on both our endurance in one schedule while filling in the speed portion via explosiveness and speed training specifically.

We’re going to be using an accelerated 10k training program from Runner’s World and I’ll be sharing two different variations for you which consist of a 3 day plan and a 5 day plan.  I’ll also be sharing specific speed and agility training to pair with this endurance work.  That can be added in directly on top of your chosen program.  I also added a specific note from Runner’s World so don’t forget that these programs are variable!

Two key things to remember when following these training plans:

1. The sessions in the training plan aren’t set in stone. Be flexible with speeds and distances where you need to, especially if you start to feel tired all the time.

2. Feel free to change the order of the sessions to fit in with your daily schedule. Just be sure to follow the basic principle of not scheduling hard sessions back-to-back.

I’m going to be giving you four different workouts to implement into your other training that will make your faster and more explosive; something you’ll definitely need if you’re going to try to be like A-Train.  This one is shared by Men’s Journal. 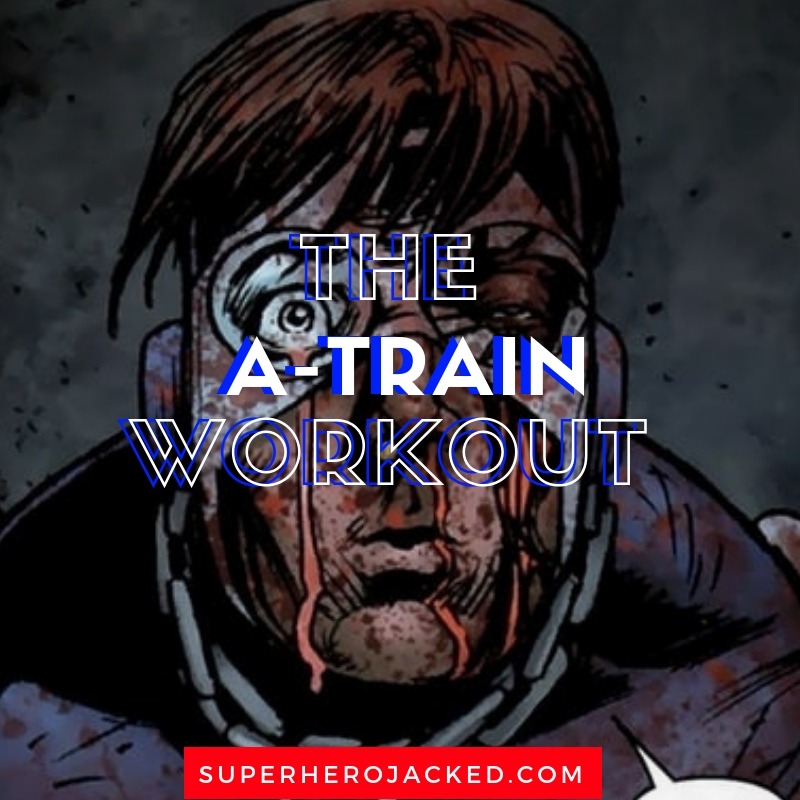