We haven’t actually had Gerard Butler’s workout on the site officially.

Although we have seen one of his workouts, as confusing as that sounds.

As you guys probably know, Gerard Butler starred in the movie 300 as King Leonidas. During that time he got the most shredded we’ve ever seen him, along with his other 299 Spartan warriors, including Michael Fassbender (and I’m even giving credit to Lena Headey).

This workout has been published on the site, and even has a version two that’s been updated and revamped for perfection.

But, this isn’t the only movie Butler has trained for. He also starred in Law Abiding Citizen, The Bounty Hunter, How to Train Your Dragon, The Ugly Truth, and so much more (including Olympus Has Fallen, London Has Fallen and his newest hit: Angel Has Fallen).

Can you believe Gerard Butler is almost 50 years old?!

I really can’t.  Although, to be fair, we have seen some shredded 50 year olds.

Let’s start off with the fact that Gerard Butler was a lawyer and made a complete career change to become an actor after going down a spiral of bad decisions which he ultimately took control of.

In an interview with Men’s Health he explains:

“You have to understand that I was completely out of control. If I hadn’t been so lost and insane, I’d still be a lawyer. Misery is a sign that something is wrong, that your life is in need of some big changes.

“I haven’t had a drink in more than 12 years,” he continues. “That’s when everything changed for me. That’s when I learned what had to be done to succeed and be happy in life.” Accepting his desire to do this crazy thing ended his need to anesthetize himself from his life. What seemed crazy to others—abandoning a responsible career to pursue an apparent pipe dream—was in fact the sanest thing he could have done. It freed him.

“I knew moving to London was a huge risk. But I said to myself, I’m aiming for the stars. I’ll worry about the details later.”

The main point I want to touch on is the fact that he doesn’t drink.  The rest of it is mainly there for you to take some motivation from.

In the same interview Men’s Health shares this:

“My diet is still never quite as scheduled as I wish it were, but now I try to eat vegetables and chicken instead of burgers and fries like I used to,” he says. The reemergence of his six-pack suggests the newfound discipline is paying dividends.

And from the looks of it Gerard Butler jumps around from six pack shredded to dad-bod and back to slim and toned.

That would suggest the fact that he’s always utilizing a sustainable approach to dieting and then choosing to make better choices, paired with an extremely intense workout, when the time comes for him to shred down for a role.

Alright, as I’ve said earlier, we have already seen the 300 Workout Routine.

Actually, we’ve seen TWO variations (second one is revamped for you guys to use more often) of it; but there’s more.

In the Men’s Health interview they also share some more information about a variation of the 300 workout.

They share some information about these other variations in conjunction with fitness guru Craig Ballantyne:

“One actor from 300, Andrew Pleavin, completed the workout in 18 minutes,11 seconds,” says Ballantyne. “He didn’t practice this workout…and neither did I. My time? 19:07. My butt was kicked by a Hollywood actor!”

“It’s a brutal workout, starting out strong and slowing down, finishing at a crawl,” explains Ballantyne. “I don’t plan on doing that any time soon or, really, ever again.”

They also continue by giving us a scaled version, which is perfect for anyone looking to work their way up to the harder variations of the workout.

So for Butler’s workout we have the honor of not only sharing our revamped 300 Workout that was turned into four different variations to be used throughout the week, but also the second variation that Men’s Health shares AND a scaled version of it.

Ballantyne says that Andrew Pleavin completed the Men’s Health version within 18 minutes and 11 seconds, so that’s a target to shoot for!

Obviously, if you’re not on a time crunch, or you don’t like circuits, you can opt for another workout from our Workout Database; and if you pair it with some proper nutrition you’ll be looking like Butler in no time!

We have a few variations to share.  The Original 300 Workout will be the first thing I share, followed up by two other variations of it that you can use to get 4 days of training in.  If you’d like to step it up further you can pair in the Men’s Health variation a day or two, OR you can pair them together in some other formatting of your choice.

I like to do these (including the other variations below into this statement) one round instead of two sometimes and then also add in some extra assistance work and heavier compounds.

These other variations make it so you’re hitting all your compounds and other body parts throughout your circuit training!

Obviously this one is VERY similar to The Original 300 WOD, with some minor differences, but it’s good to share so you can possibly even learn how to switch it up and make your own variations; as well as have another go-to to swap to.

This one gives you an amazing example of a scaled WOD for those of you who want to work your way up to the harder circuits! 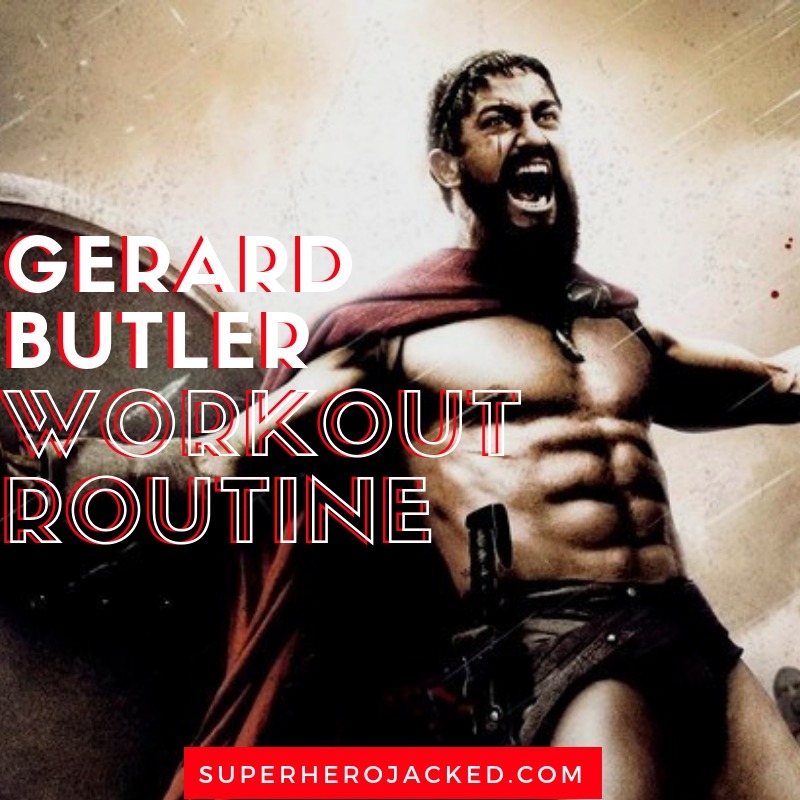