We’ve been waiting for an Assassin’s Creed workout for a while.

Although we technically already had one at SHJ.

But don’t worry, I do have some fun with the other Assassin’s Creed games in our nutrition section.

If you don’t already know, we’re currently having a bodyweight and calisthenics theme for the next few weeks following the release of our Ultimate Calisthenics Workout and Guide.

This one will specifically fit our parkour resource being that we haven’t seen one since our Nightrunner Workout!

Our first two characters (Nightcrawler and now Ezio) for this bodyweight theme have both been 5’9.

While below average, it seems like a good range for our acrobats.

This is purely for fun if you really want to begin embodying your favorite Assassin’s Creed character(s).

First things first, we’ll need a bit of a timeline.

So for this section we’ll talk about some diets that we could correlate to those years.

These can obviously be broken down into different sections, but for the sake of this fun section, here we go:

For this section we’ll be mainly talking about the initial Assassin’s Creed, but for the sake of routine building some of the games and background info may overlap.

That being said, the main purpose of this article will be to train up and perform parkour movements.

If that’s not clear: this will be a parkour routine so you can get out there and run the streets like you’re an Assassin’s Creed character.

For the sake of this article we’re going to focus in on Ezio Auditore da Firenze!

Just like all of our other character workouts, we’ll be breaking down background information before getting into the actual workout.

Ezio Auditore da Firenze (1459 – 1524) was a Florentine nobleman during the Renaissance, and, unbeknownst to most historians and philosophers, a Master Assassin and the Mentor of the Italian Brotherhood of Assassins, a title which he held from 1503 to 1513. He is also an ancestor of William and Desmond Miles, as well as Clay Kaczmarek.

A member of the House of Auditore, Ezio remained unaware of his Assassin heritage until the age of 17, when he witnessed the hanging of his father and two brothers, Federico and Petruccio. Forced to flee his birthplace with his remaining family members—his mother and sister—Ezio took refuge with his uncle in the Tuscan town of Monteriggioni, at the Villa Auditore.

After learning of his heritage from Mario, Ezio began his Assassin training and set about on his quest for vengeance against the Templar Order, and their Grand Master, the Spaniard Rodrigo Borgia, who had ordered the execution of his kin.

And, of course, there’s a TON of information I won’t be able to share here that you can find on his actual Wiki page.

But, for now we’ll take a look at how they describe his abilities that we’ll be working with:

Before he was chased out of Florence, Ezio was outgoing and had many friends, although he was initially shy and awkward around girls. Like his father, Ezio possessed almost superhuman acrobatic abilities, being able to climb skyscrapers, move swiftly across rooftops, and perform death defying leaps with relative ease. It is unknown if he learned these skills on his own, or if they were taught to him by Giovanni, Federico, or Mario.

To make that even clearer to those folks who aren’t big on reading full paragraphs, here’s what we’re working with:

So we’re going to need to train to also unlock those same [almost] superhuman acrobatic abilities that will enable us to scale skyscrapers and cross rooftops.

Think you’re up for it?

Being that we’re going to be training for Parkour and Freerunning, I do want to give a brief breakdown before we get into it (so we know what we’re dealing with).

If you want another Parkour workout you can check out our Nightrunner Workout Routine which is our original parkour workout made by myself and Academy member Felix.

So we’ll specifically be training for Parkour, but if you want to turn that into Freerunning during your evolution to a Parkour Star, that choice is yours.

For this one we’re going to be sourcing a parkour workout from M&F.  That being said, some of the movements require weights, and I know many of you would love to be able to train completely from home.  For that reason I’ll also include ways to scale or even potentially do these movements weighted at home (without spending a ton of money).

Resource for an Inexpensive Home Gym:

I recently wrote an article on the top things you should be buying for an inexpensive home gym.  Check it out here.

If you’d like to scale this routine UP and step it up a notch, check out our Ultimate Calisthenics Workout & Guide for more resources.

I was researching tons and tons of different parkour workouts to utilize for this routine and then I came to a Muscle and Fitness Parkour Workout that literally writes “Eager to level-up your real-life Assassin’s Creed-style movement skills? The following 7-day training program courtesy of physical therapist, parkour practitioner and former America Ninja Warrior contestant, Ben Musholt will help you build the required strength.”  And to that I say…yes…that is exactly what we want to do.  So this one is being sourced out to M&F and Ben Musholt!

6 minutes of quadrupedal movement, such as bearcrawling.

As many rounds as possible in 10 minutes (AMRAP):

Perform circuit-style, moving from exercise to exercise without rest. Rest 1-2 minutes between circuits.

Between exercises, perform 12 strict pull-ups. If you can do more than 12, use a weight vest to increase resistance.

Back Squat (Sub Kettlebell or Dumbbell Goblet Squats for Reps)

Using this day for active recovery, Musholt advises that you to “Go for a light jog and work on your flexibility/mobility for 30 minutes.”

Some other options include:

And a lot more.

Complete all reps in this order:

8 minutes of jogging, working on braided steps and backward running.

Perform circuit-style, four times through, in as little time as possible.

Between exercises, perform 12 dips. If you can do more than 12, use a weight vest to increase resistance. 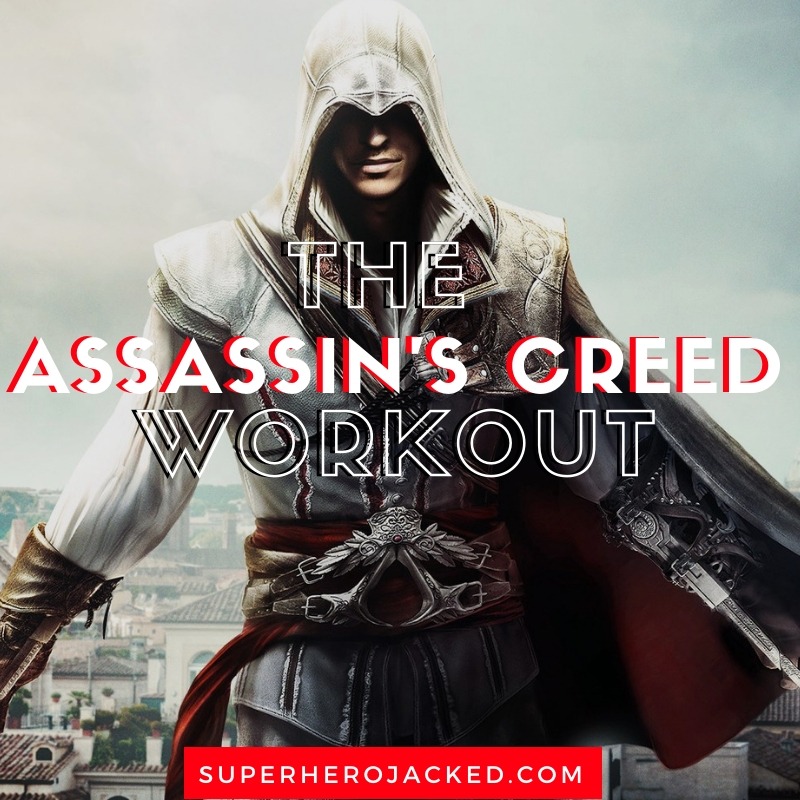