This Jubilee workout is part of our bodyweight and calisthenics workout theme that we are currently having at SHJ.

All are being added to a growing list in one big resource to go along with our Ultimate Calisthenics Workout & Guide that we also published.

Similar to Jubilee in the sense that they’ve both teamed up with Wolverine, we also saw Puck this week; who has been part of the Canadian team: Alpha Flight, and also a handful of others.

For that one I added in training used Paul Ruggeri, a former Team USA gymnast’s morning routine paired with even more gymnastic work; and for this one we’ll scale back the volume but stick to that same theme.

And while Jubilee might not be the first character you think of when you think of acrobats and gymnasts (assuming you think of their powers first), she actually is one of the most relevant we have in the category!

But more on that later.

Jubilee is right around the average height we have seen among female celebs.

And she’s even taller than Wolverine by a few inches!

Let’s start with a bit of a biography for Jubilee’s Wiki Fandom:

The daughter of two prosperous Chinese immigrants, Jubilation “Jubilee” Lee, was born and raised in Beverly Hills, California and lived a charmed life. Jubilee attended an exclusive Beverly Hills school and was believed to have the gymnastic potential to participate in the Olympic Games. However, all in one fateful weekend, her parents lost their money in the stock market and were then mistaken for their neighbors (also named the Lees) and killed by two hit-men, while Jubilee was out with a friend of the family.

Jubilee was then sent to an orphanage, but ran away and hid in a Hollywood shopping mall, stealing food to survive. Jubilee first discovered her mutant power, to generate blinding and explosive energy “fireworks”, while running away from mall security. The stress of running away from the security guards caused Jubilee to emit a large light energy blast while in a back alley. This completely disoriented the men and allowed the frightened young girl to escape. Upon learning about her mutant ability to create fireworks, Jubilee realized she could earn money by using her powers to entertain customers and visitors in the mall.

Frustrated with the young girl’s rebellious nature and powerful light-shows, the mall security hired mutant hunters, known as the M-Squad, to capture her. Jubilee held her own by blasting the M-Squad’s energy tractor beams, but she was eventually caught. Lucky for her, Jubilee was rescued by the X-Men Dazzler, Psylocke, Rogue, and Storm, who happened to be shopping at the mall. Curious about these strange women, she followed them for a while and later jumped into a portal after them.

While normally I wouldn’t share that large of a biography before even getting into any powers and abilities, I just thought it was a really cool bio for her.

And I’ll also be re-sharing a big piece of that bio as well.

But first we’ll talk about her actual powers and abilities.

Here’s what her Wiki Fandom has to tell us:

Lumikinetic Explosive Light Blasting: Jubilee possesses the mutant ability to generate what she calls “fireworks” (also known as Energy Plasmoids or “Lumikinetic Explosive Light Blasts“:). These are essentially globules of light energy that vary in power and intensity. The globules obey her mental commands, travelling where she directs them, arranging themselves in a variety of forms – balls, streamers, and other shapes – and exploding when she wishes. The explosions can result in anything from a multitude of colorful sparkles, capable of temporarily blinding a person, to a fairly powerful detonation capable of smashing tree trunks or metal objects. Jubilee can also absorb the generated fireworks back into her own body without harm. According to Emma Frost, she has the potential to detonate matter at a sub-atomic level.

Psionic Shields: Jubilee’s mind possesses a natural defense against telepathic detection or attack. These psionic shields render her mind “slippery” and invisible to telepathic beings unless they know precisely what to mentally scan for.

Like I said, I’m in agreement that none of this immediately jumps out as being acrobatic and gymnastic style; but I’m also sure you could have already picked up on where I’m going with this.

Also within her biography, her Wiki Fandom continues to point out her “abilities” (not powers) as such:

Jubilee is also skilled in gymnastics and had qualified for the Olympic Games before her parents were murdered. She is also a good hand-to-hand combatant, having received training from Wolverine and later with Generation X.

So Jubilee was literally a gymnast who was going off to the Olympics!

We’re definitely going to be having fun with that.

For this one I’m going to be sharing a basic calisthenics program that can be scaled with resources in our guide, and also some workouts shared by Jake Dalton, the Olympic Gymnast!  We’ll use Jake’s programming 2 days a week and then we’ll incorporate the basic calisthenics work with some other gymnastic style holds on the other 3 days a week.

Stretch and Roll Out

Complete in any amount of sets and reps, supersets or circuit style formatting.

20 Minutes of HIIT (From Options Below)

Complete 1 Minute ON, One Minute OFF where ON is high intensity of either sprinting or high level, high speed work, and OFF is a relaxed pace; from the options below:

In order to complete this workout you will likely need to utilize scaling and progression from our Ultimate Calisthenics Workout & Guide.

Stability Ball Push Up with Pike

If you’re going to train like a hero, you may also want to check out some martial arts resources we have on the site as well. 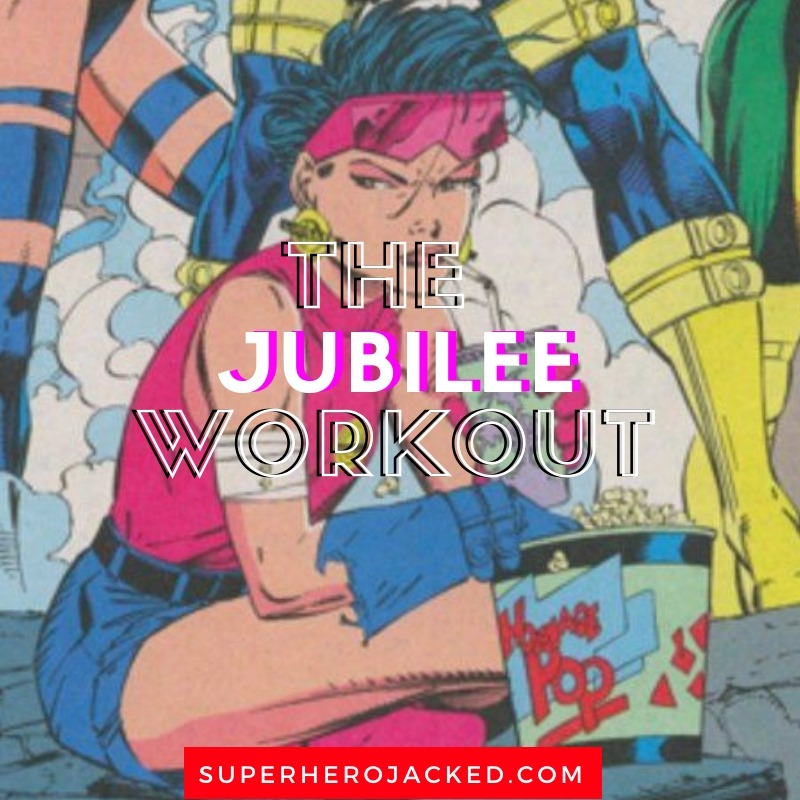