The Bluebird Workout is falling in with our calisthenics and bodyweight themed weeks.

Which, like Tim Drake this week, and many others so far, will also land within our Ultimate Calisthenics Workout and Guide.

We have seen A LOT of the Bat family, and Bluebird is tied in there with them as well.

Bluebird falls right in there at what we would consider to be average height if we were comparing her to celebrity females at SHJ.

And, it’s becoming more and more of an average among women characters as well.

Let’s start with a bit of a biography for Bluebird, Harper Row.

Here’s what her Wiki Fandom tells us about her:

After rewiring her landlady’s apartment, Harper was paid with a ticket to the Wayne Gala where Bruce Wayne was to announce his revitalization project that would result in her home being demolished. She was initially hesitant to go, feeling she wouldn’t fit in and would look ridiculous. Cullen (her brother), however, managed to convince her to go, citing his desire for her to court Wayne’s adopted son Tim Drake. She denied any interest in one of Wayne’s pet orphans, but Cullen revealed his own designs on them. As Cullen helped with her hair and make-up, she noticed a bandage on his wrist, which he told her not to worry about. Cullen soon convinced her to go, wanting her to have a night without having to worry about him or the rent or their father finding them.

After Wayne’s presentation, Harper began raiding the dessert tray, planning to leave as soon as her backpack was full. As she did so, she was spotted by Bruce’s butler Alfred, who told her she was making a serious error by not taking the brownies with her, claiming they’re an old family recipe.

Harper asked if he knew the way out, as she needed to get home. As he escorted her, the butler asked if she’s the girl who won the lottery for a ticket to the Gala. She answered that she didn’t win it herself but was given the ticket by her landlady in lieu three hundred dollars she was owed.

Harper was then asked what she thought of Bruce Wayne’s revitalization project, to which she responded that she doesn’t think much of anything, as she “can’t get her hopes up whenever some rich guy who probably never set foot in the Narrows says he’s going to fix it up”. The butler seemed amused by this and claimed that she’d be surprised.

On her return home, she discovered that the apartment had been broken into, and Cullen had been assaulted, his hair cut into an uneven mess and the word “FAG” shaved into the back of his head. Harper comforted him before getting out the clippers. Cullen claimed that she was wasting her time and if she fixed it, they’ll only do it again. She agreed but claimed that’s not what she had in mind, before taking the clippers to herself and giving herself a matching haircut.

And as for her powers and abilities: like other members of the Bat Family, Bluebird is powerless.

Surprisingly enough, he abilities are not as long of a list as we’re used to seeing, either.

Here’s how her Fandom continues into the abilities:

Even that last one about her martial arts is listed as basic.

Yet she is still listed among acrobatic and gymnastic characters, which is why she made the list for our theme, and accompanied Tim Drake this week.

So what we’re going to do for this one is scale down the workout and make it a beginner friendly workout.

It is still a workout designed to fit a superhero, so you’ll need to be ready, but we’re scaling back the volume and intensity and working with beginners for this one.

We’re going to be doing some light cardio and calisthenics at least 3 days per week, and then we’ll also be [hopefully] completing extra long cardio another two days a week.

I say hopefully because the extra cardio is optional, but I do recommend it.

The total reps within your calisthenics training are to be done as a tally for the entire day.  You can complete them in one go using reps and sets to get through them, you can complete them as supersets, a big circuit (or two), or even just sporadically training throughout the day.

In case you missed it: this workout is going to be built with beginners in mind.

**Scale with Bench or Chair**

For your optional training days I recommend getting in some cardio.

I’ll give you some options, and you can even switch it up and vary it every 15-20 minutes if you’d like, but your task is to complete 60 total minutes.

And, because we’re talking about a hero here, I do also want to share some extra mixed martial arts resources we have on the site. 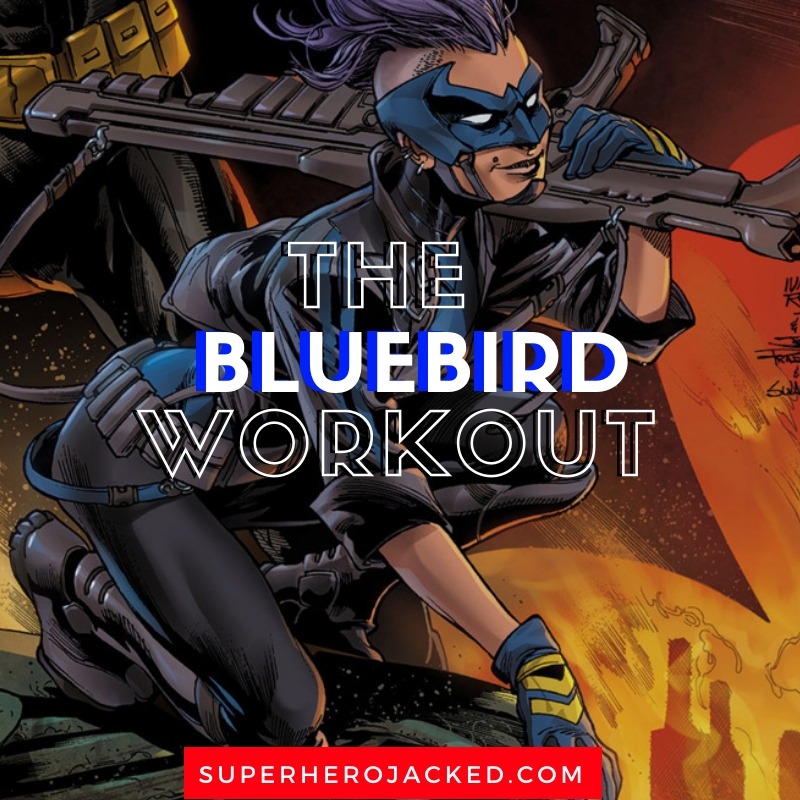