Dennis Quaid’s workout and diet may not be what you’d expect when you see him shredded on vacation.

But, he’s also been in great shape for the majority of his life.

Quiad has starred in roles like Parent Trap, Wyatt Earp, The Day After Tomorrow, Far from Heaven, Frequency, and tons of others; including recent roles like Intruder, A Dog’s Journey, and even Reagan in pre-production.

Recently he’s shown off a more shredded physique than ever before.

In Intruder you can see his muscularity and “Superhero Jacked-ness” protruding through his clothes.

And now we’re going to talk about just how he has done it.

At over 60 years old, Dennis Quaid decided it’s time to get shredded!

If you’ve seen his recent physique, he shows off vascularity and six pack abs.

Other than Dennis Quaid’s [pretty insane] diet for Wyatt Earp in 1994, which had him lose over 40 pounds by restricting his diet (A LOT), most of the attention is on the training style that Quaid has utilized; including to stay in great shape and get shredded!

That being said, I will share some information from his Wyatt Earp diet just to shed some light on some of the unsustainable and crazy tactics that some celebrities have to go through for roles.

Here’s what True West Magazine shares from Quaid in an interview about Wyatt Earp:

To lose 42 pounds, Quaid says, “I ate 1,000 calories a day and then exercised off 600 of those calories on the treadmill. It was basically a POW diet. I would not recommend it. I had a doctor and nutritionist to monitor me for five months to make sure my fat content did not drop to a dangerous level.”

What did you eat?

How long was the shoot? I started the diet three months before we started shooting in the first part of 1993 and then had to maintain it for five months.

What’s the first thing you ate when the diet was over? A banana cream pie.

What was the toughest part of the diet? Maintaining my energy.

On a daily basis, outside of that diet, (which Quaid himself says he does not recommend), he seems to eat quite intuitively.

Actually, for the most part Quaid has had more of an issue GAINING weight than losing it.

For that reason, eating intuitively while adding in different variations of training (which we’ll talk about below) has more-or-less evolved to Quaid’s new shredded physique.

While researching Quaid’s workout routine I was able to find a handful of great information right from Quaid’s own lips!

But, I also found a couple of things that conflicted.

Here’s what they say in The Sydney Morning Herald:

For instance, when actor Dennis Quaid sought George’s help to go from being near emaciated (for his part as gunslinger Doc Holliday in Wyatt Earp) to ridiculously ripped (for his role as a dragon slayer in DragonHeart), the trainer prescribed ”a bodybuilding-type approach” and steered clear of cardio, which would burn too many kilojoules.

This was information originally shared in the midst of another article in GQ, which was trying to nail down Quaid’s recent physique.

They failed to mention that SMH was referring to training in Wyatt Earp (they cut that part out), which made it seem like the recent transformation was with a “bodybuilding type approach”, rather than what he briefly used in 1994.

That information, once I tracked down the original source, made much more sense.

Especially being that here’s what Quaid actually says about his current training regime:

“I was a runner for about 35 years, but that gets hard on the knees and the joints. At least for me. So I turned to cycling, which I’m currently doing. That and yoga. Along with that, you got to still get into the gym and lift. Do the sit-ups.”

So he does mention getting to the gym and lifting, and doing the sit ups; but he is more focused on the cardio – moving from running to cycling.

To break that down a bit more, here’s what you get: Quaid went from 35 years as a runner to moving into cycling and yoga – with the occasional visits to the gym to work on resistance style training.

Quaid is also a huge advocate of starting young and continuously taking care of yourself.

“I used to box when I was in my 20s,” Quaid said. “There was this guy at the time at the Hollywood Y, who was in incredible shape in his 50s. I asked him that same question. ‘How do you do that?’ He told me, ‘You take care of yourself in your 20s and 30s and the rest will take care of itself.”

Which he continues by stating:

It doesn’t mean you have to be [at the gym] every day, but you do have to live your life with that in mind. Because if you let it go, every time it gets a little harder to get back. So I’ve always stayed with it.”

But, that doesn’t mean if you’re late to start that you can’t get it going.

We have tons of celebrities that are 40-50 and even older that continue to get in incredible shape; sometimes even just getting started later in life.

For this one we’re going to be mainly working with cycling (or if you’d like to sub running like Quaid did the majority of his life) and yoga.  I’ll also be building you two workout routines that can be utilized in a gym (one upper body focus and one lower body focus) so that you can also build this into your routine.  Quaid does mention the fact that you still have to get in there and get it done; although, it’s not the priority or main basis of his workout routine.

On two days a week you’re going to be training with a moderate amount of cycling and/or running, but then we’ll scale it up to a long distance variation on Friday.

Here’s how you’ll do it (to keep it nice and simple for you):

If you’d like to step it up a notch you can turn your “Regular” Cycling Days into aerobic concentrated training days and use High Intensity Interval Training variations in order to vary your biking in and out of higher intensity; changing your RPMs and Level of Intensity (difficulty level) every minute, or few minutes, for 45-60 minutes.

Feel free to utilize our yoga resources inside The Academy, random YouTube videos, or even some of these articles: 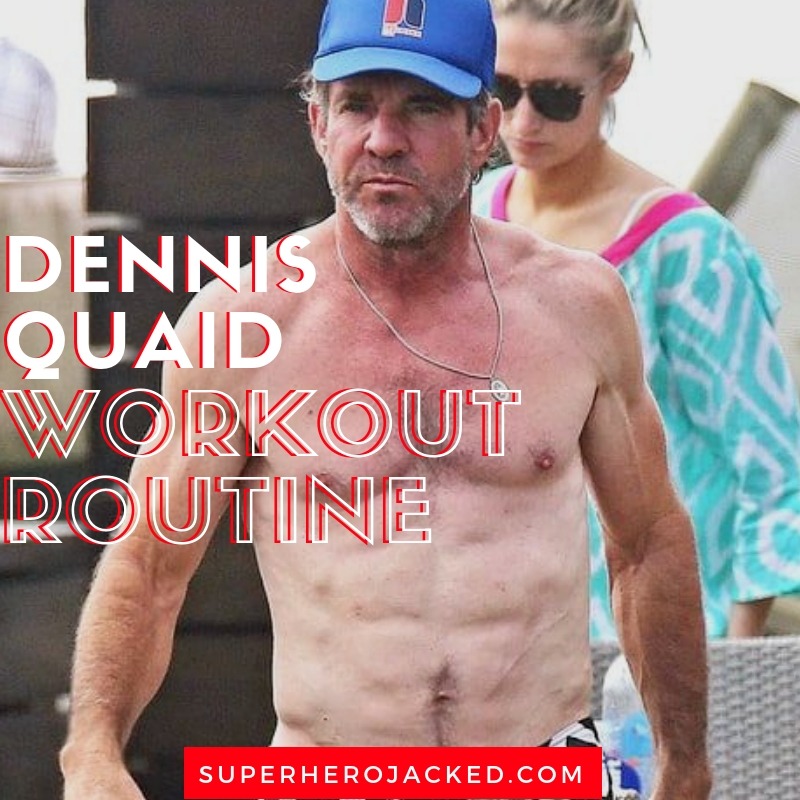